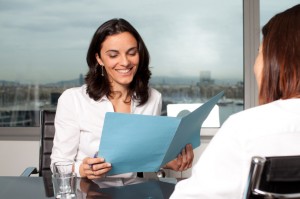 There is a major difference between conventional résumé and executive résumé. Accomplishments are usually the center point of a conventional résumé (i.e., indicating how much money was saved, how sales increased, what processes were proposed, planned, initiated, implemented, or streamlined). The executive résumé, on the other hand, has more than one focus. It alludes to the executive’s ability to drive profits (accomplishments) and the capacity to lead (that is, to blend various “soft” skills) an organization.

Successes are easier to hone in on. The result is clear, often quantifiable. After all, either you penetrated a market or you didn’t, or either you were a top-performer or you weren’t. It is harder to capture emotional competencies on paper, to indicate who you are, what you stand for, how you relate to others, how you affect change within an organization.

On an executive résumé, a list of accomplishments does not suffice. Employers expect more, and since your résumé is an introduction to your full qualifications, you must incorporate what you have done as well as provide a notion of how you influence others. This information must be presented in a concise and compelling manner given that your résumé is your most important marketing tool.

Moving beyond accomplishments
Coupled with a track record of financial success, good leadership is the single most important factor in the survival of an organization. Because of this, executives who point out the following “soft” needed skills on their résumé are usually the ones invited to an interview. They show that they have the intangible qualities that promote the growth of the organization. These are the elements in question:

* Visionary – An “idea person” that challenges traditional ways of conducting business, and is willing to take on calculated risks. Demonstrated ability to think strategically, act tactically and have the strength of character to motivate others to buy into his or her ideas, concepts and values.

* Professional Integrity – A person who understands the value of honesty, accountability and trust in a business environment.

* Charisma – Knack for captivating an audience, having a presence that commands respect and has a natural ability to hold the interest of the listener.

* Emotional self-control – Someone who anticipates challenges and overcomes those that are unanticipated.

* Emotional Intelligence – Awareness of one’s own feelings while having empathy and understanding for those of other people – and the relationship between the two.

* Effective use of inner resources – A person that trusts his or her gut instincts and takes the initiative to drive change.

* Flexible Communication Style – The ability to assess a situation, and react to it appropriately.

Since there isn’t much room at the top, opportunities at the executive-level stage are limited, your résumé should move beyond the entry-level approach, and focus on who you are professionally and personally. This is why it is crucial that as an executive you present yourself as a complete package – a product a company will want to acquire.